The Rise of the 12 Chakra System – Time for Another Golden Age of Atlantis?

If you’re anything like me, you’ll find it extremely easy to be appreciative of bohemian-looking demigods with long hair, a tattooed chest that can crush vehicles, down-to-earth attitude and a smashing sense of humour. Of course, I’m talking about Aquaman, aka Jason Momoa.

While sitting in the cinema on one of the last days of 2018 watching previously mentioned blockbuster, I couldn’t help but ponder about two of my favourite subjects in the whole wide world:

I’m not particularly into comics, so was surprised to find Aquaman set in the lost kingdom of Atlantis. My mind pulled up a piece of information from a few months back, as I started researching the 12 chakra system and stumbled upon Diana Cooper’s Discover Atlantis, explaining the connection between Atlantis and their use of 12 chakra system.

So, just for a while, I will try to take my mind off of Mr Momoa and focus on the Golden Age of Atlantis, the Atlanteans and their incorporation of 12 chakras into everyday life.

I will also describe ‘other’ versions of 12 chakra systems that I came across my research, as pinned down by Diana Cooper, Lord Kuthumi, Cyndi Dale and Lazaris.

The Golden Age of Atlantis

Years and years ago during one of my identity crisis, someone told me that whatever you feel most drawn to answers the question of where your soul comes from. Now, I realise that physically I’m a product of my mum and dad and that my family tree is deeply rooted somewhere in Europe… but that’s not what they meant.

I’ve always had a mad connection with the sea, and dreamt of living in Atlantis as a spiritually evolved individual.

So naturally, a question emerged:

Do the origins of my soul lie in Atlantis??

They were amongst other light beings that created the Earth as an experiment to bring their knowledge into a third-dimensional world by incarnating in human form. They created the first island called Lemuria (representing the divine feminine), and the second one called Atlantis (representing the divine masculine). The inhabitants of these two islands co-existed and evolved their shared knowledge and skills in harmony for thousands of years. Today we refer to this era as the Golden Age of Atlantis.

The Peak of Earth’s Civilization

It was during that time that the technology and human light consciousness were at the highest point ever in the history of Earth. And, yes, their level of technology was far greater than the one we have today!

They seemed to have merged their scientific knowledge well with their spiritual sides. They were strongly connected to their 12 chakras and relied mostly on the energy they derived from crystals. Their lives were intertwined with sacred geometry and their highly-complex technology enabled them to produce computers, aircraft, elevators, submarines, crystal lasers, you name it!

In Discover Atlantis Cooper states that before the Ego was developed, Atlanteans had greatly expanded skulls and brains, which they used to reach their full intellectual and spiritual potential. They were known for their various psychic abilities (most of us have them too, but they’ve been suppressed), such as clairvoyance, clairsentient, clairaudience, remote viewing, psychometry and seeing auras.

She also explains how the energies that have recently been beamed to Earth are resulting in the awakening of more and more people, preparing us for the new Golden Age of Atlantis. We have the power to reinvent our lives to live the way Atlanteans used to by living connected as one. This will enable us to live fully promoting unconditional love, a balance between yin and yang energies – the feminine and the masculine within us.

According to Cooper when our Earth Star chakras are in full operation, the Earth will be able to heal itself from years of pollution, which is great news for humanity!

However, in order for our Earth Star Chakra to be stimulated and activated, we need cosmic rays from the three transpersonal chakras (Causal, Soul Star and Stellar Gateway chakras). Bottom line, we need to climb the spirituality ladder pretty damn high to be able to trigger our planet’s healing journey.

“The balance created by the triangle of the three higher chakras and the Earth Star allows the holy presence of the eternal
force to renew the Earth and to help heal it from the damage inflicted by humans.”

What currently plagues humanity the most is our fear of unknown. But when the planet is full of powerful healing energies as described above, the pyramids will once again be renewed and re-energized to work with the stars. Atlanteans would walk at least three miles every day with bare feet to keep their connection to Earth strong, so they could allow their spirits to fly safely.

It looks like we should definitely take some inspiration from them!

Do you believe that we can save our planet by working on our spiritual ascension? Let me know in the comment box below!

How Many 12 Chakra Systems?!

I had immense difficulties trying to source out the definite 12 chakra system – all I could find were scattered pieces of information which ended up melting my brain.

After weeks of research, I started gravitating towards a specific chakra system, as outlined by Melanie Beckler. I’m a fan of her guided meditations and her theory resonated with me the most. But I do have to admit that Diana Cooper’s variation of 12 chakra system is definitely up there with Melanie Beckler’s. So if you’re keen to have a little look at the fruits of my painfully slow labour, hop on to my 12 chakra system page.

But for the rest of you who wish to dig deeper, here’s a brief summary of the remainder of the equally interesting interpretations of 12 chakra systems pinned down by some of the biggest names in the chakra world.

Let me start with one of the most detailed versions of the 12 chakra system, taken from Diana Cooper’s Ascension Through Orbs, in which she links individual chakras to colours (bear in mind fifth-dimensional colours may be different to the colours we associate with seven basic chakras) and Archangels that overlook them. This 12 chakra system came from the Atlanteans, but as we evolved (along with our egos) only seven chakras in the body remained (until now).

You can find out more about the main 7 chakras here.

According to Master Kuthumi, there are 12 crystals that correspond with 12 strands of DNA, 12 chakras and 12 numbers. I find this version highly confusing and can’t seem to wrap my head around it, but in case you feel like delving deeper, here’s a DNA-based 12 chakra system article by An Indian Machine.

Ascending Masters World produced a video explaining Lord Kuthumi’s message about the 12 chakra system to help our transition into the fifth dimension. Personally, the computer voice puts me off, but it’s worth a listen purely because it manages to provide some brilliant information.

Cyndi Dale is in my eyes one of the top chakra connoisseurs, she’s written many books on the subject, such as Advanced Chakra Wisdom – I recommend highly.

Dale explains there are two versions of 12 chakra systems, which are quite similar to each other.

The following is information gathered from recorded sessions with channel Lazaris explaining his version of 12 chakra system, which consists of:

Which version of the 12 chakra system resonates with you most?  Do you happen to know any other versions or have any books to recommend? If so, don’t be shy and comment below!

So, there you go! I’m still completely fascinated by the connection between the 12 chakra system and Atlantis. Researching these two subjects has been extremely time consuming, but absolutely rewarding at the same time.

Also, it looks like I’ve managed to keep Jason Momoa out of my head for most parts, despite my mind’s sabotaging attempts!

For this, I give myself a big, juicy pat on the back! 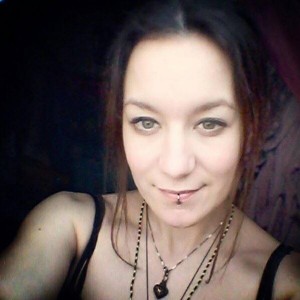 THIS WEBSITE IS CURRENTLY UNDERGOING A MAJOR MAKE-OVER. WE’RE SORRY FOR ANY INCONVENIENCE CAUSED AND HOPE TO SEE YOU BACK SOON!

As an affiliate I earn from qualifying purchases.

I’m Spela Elan Rei, the founder of Elan Rei Yoga  and Crystal Clear Chakras. Here’s a humongous thank you for being the best and buying your crystals through my affiliate links – it’s what enables me to keep this site up & running, at no additional cost to you!

Lots of love & may the crystals be with you 🙂

Some blog posts and pages within this site include affiliate links, which means I may earn a small commission if you click the link and then purchase a product from the third-party website without an increase in price for you. I don’t include any links to items that I wouldn’t buy myself and only recommend products from trusted sellers.

8 thoughts on “The Rise of the 12 Chakra System – Time for Another Golden Age of Atlantis?”